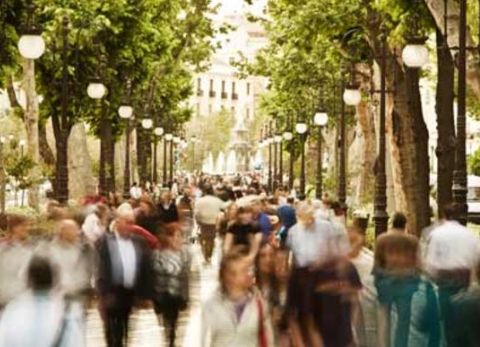 The November Jobs Report was tepidly received on Friday December 7th. The “headline jobs number” was lower than anticipated. Wages grew, just not at the employment level “wanted.” Unemployment dropped. The problem is that most individuals report on the report and not on the data. This column has already published four articles covering the November Jobs Report:

There was a considerable amount of data to crunch. There was good news for just about everybody. I would be willing to bet that you didn’t hear that we had a record level of women working during November or that men had their best November ever. There is a difference.

Men had their best November ever. There were more men working, either part-time or full-time jobs, than any prior November. This is important because men lost 10.6 million full-time jobs during the Jobs Recession. They hit bottom during January of 2010. They did not recover all of those lost jobs until the Summer of 2016, and then they lost them again. This cycle repeated during the Summer of 2017. There are 1.4 million more men working full-time (FT) jobs now than we had working during July 2007., the July prior to the slow down and recession. There are 2.1 million more men working part-time  (PT) jobs than were working PT jobs during the Summer of 2007.  There are fewer unemployed men, more male workers, and fewer jobs added than workers so their participation rate is 68.70% compared to 72.89% during November 2007. Even though the unemployment rate is nearly 1% lower than November 2007, 3.42% versus 4.38%, the effective unemployment rate is still 8.97%.. This is not due to Baby Boomers retiring, as was detailed in the “Aging Workers” article. We have seen improvements in the Mining/Logging sector, the Construction Sector, and the Manufacturing Sector. This may indicate where men are working.

Women had their best month ever. Not only was this their best November ever, this was their best month for total jobs. Women lost just over 3,5000 full-time jobs at their worst. They were fully recovered and in expansion mode as of the Summer of 2015. They have added more full-time jobs than men have added jobs.  That said, their participation rate is also down compared to 2007. There participation rate is down from 59.59% to 57.42%. Their unemployment rate is down from 4.46% to 3.53%. Their effective unemployment rate is 7.06%. We have seen a huge growth in Education/Health Services, Trade, Transportation and Utilities, and the Leisure/Hospitality sectors.

What does this all mean? We have to add millions more jobs for men and for women to return to the participation rates that we had prior to the recession. We are not a a record level of multiple job holders so we could see 9 million or 10 million multiple job workers. Multiple job workers do not impact the participation rate because they are a sub-sector of the Current Population Survey data for full-time and part-time jobs. The economy is still doing well. Men and women are back to work.