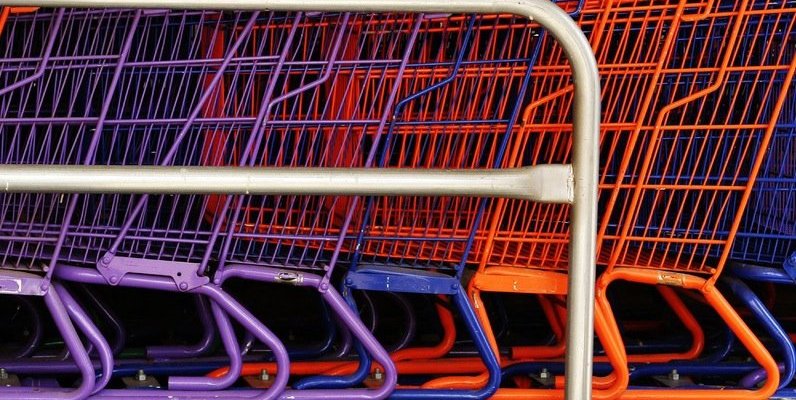 The February Retail Report was finally released. The Government Shutdown Shutdown the Release of Some Economic Data.

The Headline Month to month Seasonally Adjusted Growth was Negative. Should it have been positive? The headline data was that the SA MARTS data for January was $506.977 billion and February was $505.969 billion. This decline of 0.2% was unexpected by most. What may have been missed by some is that the January data was revised up $2.5 billion.  This turned month to month growth in total sales into month to month, seasonally adjusted drop in total sales. It is important to note that Furniture Sales, Electronic Appliance (EAS)  sales, Building Material/Garden Equipment (BMGE) sales, all directly related to new and existing home sales, saw month to month declines.

February to February non-seasonally adjusted growth came in at 2.16% Once again there was weakness, declines, in same month sales for Furniture and electronic and appliance sales. We did see growth in BMGE sales,MVP sales, NSR and FDP sales.

Gasoline sales were done month to month an February to February, non-seasonally adjusted. We might have heard stories of a “Gasoline Stimulus” is people were not reporting how gasoline prices have been rising this month. Are we driving less or getting better gas mileage per gallon?

We set February record for almost all categories. The main categories that did not set record highs were gasoline sales, Electronics and Appliance (EAS) Sales, and Sporting Goods, Hobbies, Books, and Music (SGHBM) sales.  EAS and SGHBM sales, as well as clothing and virtually everything else, may be shifting to the Internet and NSR. The February Rolling year growth rate was the best for February since 2012, coming in at 4.65% non-seasonally adjusted.  It appears that the Government Shutdown may have shutdown some retail sales activity.  It may have been delayed rather than denied. We are still on pace for another record year.