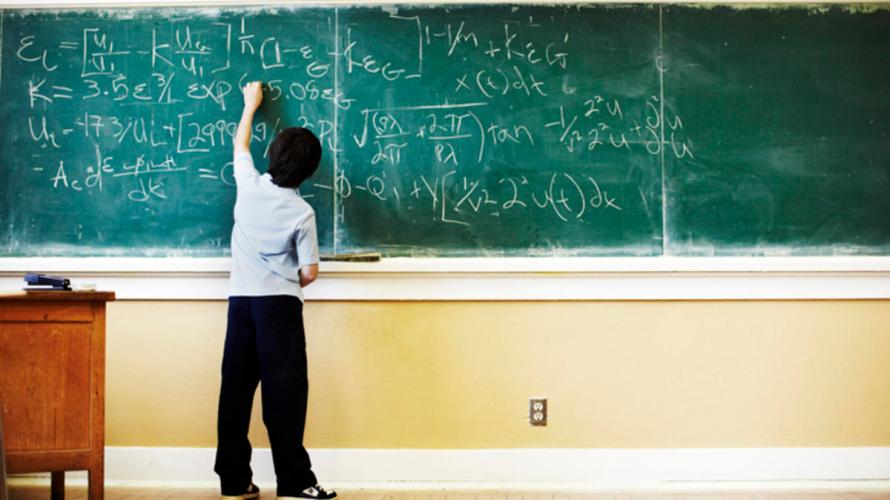 We are experiencing a teachers strike in my adopted home of the state of West Virginia.

West Virginia is near the bottom for both teachers salaries and for educational results.

Comment is well deserved regarding a system that is basically unchanged for well over a century, especially while the costs spiral and the results are clearly less than world class.

Both of my parents were public school educators, so my opinion is far from unbiased. You can likely understand my parents response when my children went to a combination of private and public schools.

We endeavored to find the right mix for each of our kids. Mt. DeChantal, a Sisters of the Visitation girls school was an ideal fit for our eldest. The Linsly Institute, a 200 year old private school was perfect for our second, and our youngest two fit in just fine at Wheeling Park, the public high school. I know all of our children received above average educations. I am helping to make certain my granddaughter receives a quality education as well.

I firmly believe that the private schools in Ohio County, West Virginia make the public schools better. Such is the nature of competition.

I retired from a company that served Middle and High School athletic directors. I called on schools, and was in and out of probably 1,000 public schools and about 100 private schools during my career.

That included greeting the armed guards and submitting to the metal detector and x-ray tunnel at Jersey City, NJ Schools, or the all too common “come on in the side door” at a small public school in western PA that reminded me of the high school I attended in Midland Park, New Jersey.

I like to think I learned something from that experience.

There is a lot to be learned by simply how the school, its leadership and the students present themselves. Some try to call it “culture”. It’s not. It is a matter of leadership, something that is sorely lacking in public schools, and somewhat better managed in private institutions. Public schools do great in locations where the parents are involved and demand better, and the board is not full of hacks with hidden agenda’s making knee jerk reactions. It is also critical that leadership is able to clearly articulate a direction and demands excellence. The latter, in my view, being most important.

You’ll likely find that in successful schools, there are precise measurements for the efficacy of their work.

Great school leaders will tell you where their graduates are off to, and do so with pride.

Poor schools will tell you about their dropout rates and proceed to blame the students or the parents. Or worse, claiming that it’s a matter of funding.

My Dad started teaching in the 1950’s. The small high school he worked at graduated about 130 or so every year. There were three people in the schools business office, and about the same in the High School office, where 65 educators taught.

Fast forward to today, and there are 20 in the board office, another 20 in the front office of the High School and still about 65 educators. That’s an overhead level that is simply not sustainable.

There is something wrong with the bloat of administration, while service delivery (the educators) is stagnant. I understand the change in technology and that it requires people. But it’s not nearly that lopsided.

The problem is excessive regulation and reporting. This for their “RESA” (Regional Educational Service Agency), that for the State, and something else for the Federal Government. Lengthy reports requiring far too many man hours that all detract from educating students. These reports also seem to be designed for justification of the administrators existence, and to prove that “it’s not their fault”

What’s the solution? West Virginia is on the bottom of the pile when it comes to results, but high enough up the per capita cost to be of concern.

To paraphrase a decades old advertising campaign “Where’s the Beef?”

I don’t pretend to know the solution. I can clearly explain the problem, but the solution is a lot more elusive. If it wasn’t, it would already be done.
Solutions like Charter Schools, Magnet Schools and other public schools have had mixed success. The voucher system to is problematic in it’s own regard, as some of the schools can be extreme, and teach things that may be considered dogmatically correct (if that’s your flavor of religion), but won’t get the students anywhere in life.

Let us not forget the impediment to excellence presented by teachers unions. They have a mission, and it’s protecting their members and position. It is not about improving education. As I edit this piece, it’s obvious that what they are doing in West Virginia has little bearing on educational delivery. It’s purely economic, and they are getting an “F” for their performance as a labor union. Our legislators are simultaneously earning a D. The problem is that one is failing at legislating, and the other is failing at leadership. The problem with education, is a lack of leadership, and if the teachers can’t lead their own union, how will they lead the schools to superlative results?

We have four children of our own, and would I have liked to be able to direct some of the tax dollars we paid to the education we chose for our children. It was not an option at the time, and I don’t think I would be a proponent because those tax dollars could be directed to extreme religious schools that don’t reinforce many of the common values that make us Americans.

This is a highly complex issue that touches on many hot button issues.

I don’t have any special insight. I do believe that competition makes all of us better. I do believe that 75% of what you get from an education happens outside of the classroom (this is why I feel sorry for home schooled children).

My granddaughter will likely stay in the public school system in Ohio County for her education, proceed to a public university of her choice, and then on to the best graduate school for her chosen field of endeavor. In the end, no one wants to know anything other than your highest degree. What leads up the pinnacle of your education is insignificant, although it is the reason for your educational achievement in the first place.

Then again, she might chose to deliver her excellence in a trade. It’s her call. All I demand is she be the best she can. That is a demand that I as a grandparent can and will make.

I know that we won’t get where we need education to go with last century thinking, and the combination of how we fund and deliver education enforces what came in the past, and won’t get us where we need to go. It’s also going to take better, focused leadership.

We will receive exactly the quality of education we as a society demand.