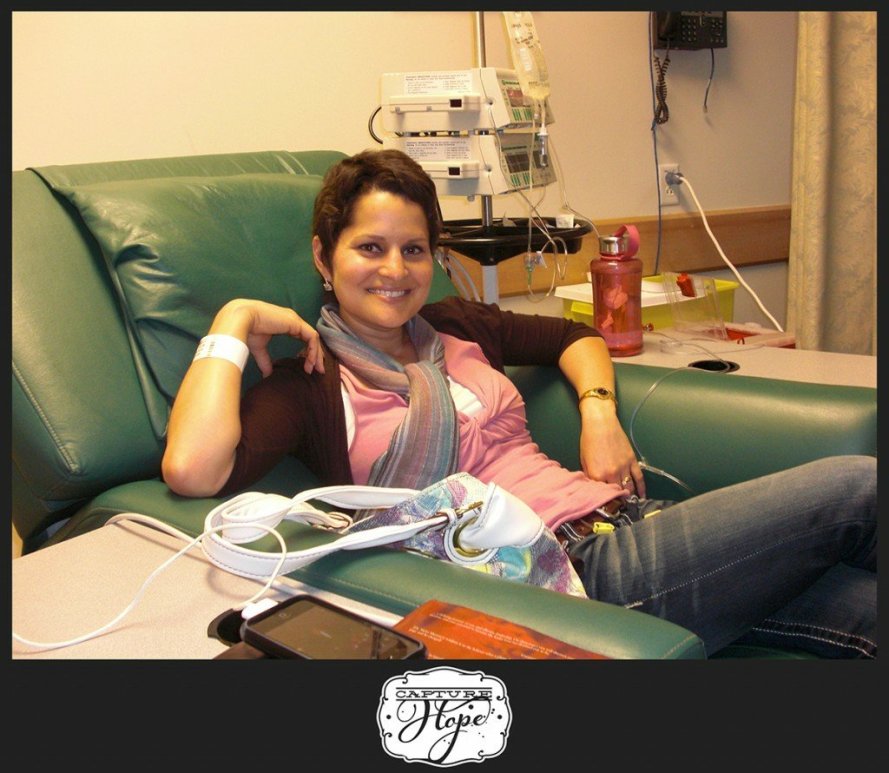 There is and has always has been a big “bugaboo” about chemotherapy, with reason.

It’s origins started by using left over mustard gas from the First World War to treat cancer cells in the blood. Prior to this the only method was radiation to treat solid tumors.

By today’s standards this would be considered extreme, which it was, and of course the side effects were also extreme. However, it worked, or it would not still be in use. Advances in Immunotherapy will eventually eliminate it but that is still a few years away.

The biggest fears regarding traditional chemotherapy are the side effects, specifically nausea, the worst of the two, and of course hair loss.

The best way to approach this is to recount my own experience.

As I mentioned previously it is critical to make a connection with your Oncologist from the start. I didn’t realize how successful I’d been until yesterday but more on that later.

Prior to the HIPPA law which ensures patient privacy, cancer patients were seated side by side while chemo treatments were administered.

On my first day I reported to the infusion lab on the second floor of the Cancer Center. After about 15 minutes my name was called. I was greeted by a Nurse and led down a long corridor to an area called a “Pod.”

A Pod is a private room with a very comfortable oversized recliner and a television. Restrooms are conveniently located near by.

Each type of chemotherapy has it’s own set of potential side effects and subsequently other medicines are administered to the patients to mitigate those prior to the treatment itself.

In my case the routine was as follows:

First the port, which was surgically implanted on the right side of my chest, was opened with an intravenous needle, then flushed.

Then, two anti-nausea medications were administered, one that works for three days, and one that works for five. In the past the anti-nausea meds that were used were the equivalent of Dramamine which worked literally, at the gut level. The ones in use now work on neuron receptors in the brain to prevent nausea and are far more effective. In fact, I’ve not been sick through the entire course of treatment, a total of five, which I completed this past Tuesday.

Next I was given the liquid version of Pepcid, followed by Benadryl to stave off any allergic reaction to the medication, followed by a mild steroid for the same purpose. The Benadryl had an additional benefit, it relaxed me. So much so that the first time I received chemotherapy I slept through the entire process.

Next they hooked up a Saline solution to keep me hydrated throughout the process while they waited for the two Chemo medicines to be delivered by the Pharmacy. Chemo is not mixed until the patient arrives because once it is, it will not keep. If the patient fails to arrive it must be disposed of and these treatments are quite expensive, in my case $7,000.00.

Overall the process takes between two and a half to three hours.

While all this was going on I was treated to unlimited snacks and drinks, non alcoholic of course, and I was tended to by a private nurse.

All in all a very pleasant experience.

At the beginning of the article I mentioned that until yesterday I didn’t realize how strong a connection I had made with my Oncologist. After an extensive conversation with my nurse, I found out that the type of chemo I was receiving was designed to be administered once every three weeks.

Instead, my Doctor broke it up so that I received it once a week for five weeks to coincide with the length of time I was receiving radiation and to minimize any side effects the treatments might have had, which it did. As I mentioned I had no nausea, and no fatigue. Also, because this, in relative terms, was not the strongest version of chemotherapy, I have suffered no hair loss.

However, I have yet another form of cancer to deal with, Hodgkin’s Lymphoma. This will be treated following surgery for the esophageal cancer. I have been warned that the chemotherapy used to treat that will be substantially stronger and will very likely result in temporary hair loss. TBD.

Not everyone will be treated as I was with traditional chemo depending upon their type of cancer. Some will receive it by pill which in theory has fewer side effects.

However, with one exception, everyone I’ve spoken with who’s been treated by this method has in fact suffered from violent bouts of nausea. When pressed the nurses I dealt with admitted that this is in fact a problem with oral chemo in many instances. So heads up, be sure to have this conversation with your Oncologist and get a prescription for a strong anti nausea medication. Be sure to take it at least thirty minutes prior to the chemo pill itself.

One last thing and this is important. On my first day I was instructed that during and following chemotherapy that it was essential that I wash my hands for a minimum of 15 seconds after using the rest room and to flush the toilet twice to be certain any residual chemicals had been completely removed. After all, chemotherapy is in fact a type of poison.

In conclusion, make a bond with your Oncologist, be your own advocate, don’t be afraid to ask questions, and stay positive. As with most things in life, attitude is half the battle. I wish you all the best should you find yourself on the same journey.

Categories: From the Front Line