We’ve Come, To Look For America..

DOMINIC CUMMINGS: THE MAN WHO WENT OUTSIDE

By Conor Andersen European Editor on May 25, 2020 • ( Leave a comment )
Follow Torchlight Voice of the People Not the Pundits on WordPress.com

A Tale of Two Cities…Saigon and Kabul

For the second instance in my lifetime, we have suffered an ignominious defeat at the hands of an unwashed rabble. In the first instance I recall South Vietnamese, most of whom we had used to our own purposes, and were about to abandon, clutching at the struts of […]

LET’S CALL IT WHAT IT IS: TOTALITARIANISM

The world is moving rapidly toward one world government and one world currency, and that’s a bad idea. While some toss around the words socialism, communism and fascism as if they are completely different things, in reality they are all related and more similar or alike than their […]

It seems obvious, that there is a search for a ‘novel’ virus, one which would wipe-out humanity & therefore civilisation, by being fatal for 99.9% of those who become infected. Why would this be the case? What madness is this? Unfortunately, the evidence is all too clear, the […]

You think the Democrats are in for the next four years? Think again, they’re about to try & ensure an indefinite hold on power, the first step is 100% control of election results, the second is consolidation of media space to ONLY include orthodox views, third is to […]

The last four years have been a learning experience for most of us. I watched the Watergate hearings in 1973. I read the tape transcripts in The New York Times – when it was still a newspaper worthy of reading. I recall my parent’s horror at the language […]

Pink Slips all around!

It has become more apparent of late, than ever in our history, that the folks in Washington DC, have forgotten who they work for. As an American taxpayer, and householder of many more years than I wish to admit, I really want to learn the economic breakthrough that […]

I haven’t written an editorial thus far. My childhood friend, Torchlight founder, and co-editor, Anthony Rizutto, who I sorely miss on these pages, would have easily written volumes in these past few days. My wife asked me how I felt after the DC goings on. Appalled. I had […] 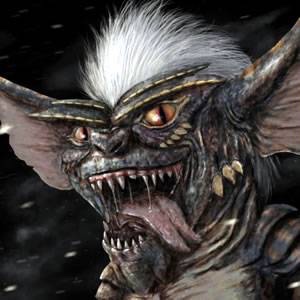 THE PROBLEM WITH GREMLINS

Here’s the abbreviated list of problems with so-called “liberals” otherwise know as “progressives”: They’re not liberal, they’re autocratic socialists, both fascist and Marxist. A true liberal would be a libertarian who doesn’t want more government telling us what to do or confiscating the fruits of our labor and […]

First, a caveat: This is not a campaign speech to get anyone to vote for a particular political candidate. Obviously, the choice is yours. The purpose here is to inform, report and expose some of the things that I see developing. We hear a lot of people talking […]

From Inside the Torch