The rise of China as a world power has been one of those phenomena we see, and don’t notice, or don’t want to notice.

From exploiting aggregates and minerals in Africa, to farming and fishing on the Siberian coastline, from supplying internal interactive media hardware to the British Government, to the nightmare Orwell predicted, of “smart-phones” that place every Chinese citizen under permanent surveillance by their own state.

Their anti-western propaganda, the stuff that they promote to us, is by turns subtle, and hysterical, and yet none the less poisonous for that.

China is doing what neither Lenin nor Stalin hoped they could do, namely, to change and colonise the west, not at first by direct immigration, but by a series of destructive proxies, which do the job without the resort to warfare by conventional means.

Hong Kong is the contemporary acid test, the Danzig of our time.

Even if China backs off, for now, they are not gone, they are the world’s richest Communist State, you don’t think they’re going to just leave it at that, do you?

With a weakened and self-destructive west, apparently all-too-eager to be the victim of whatever end-game scenario is played-out, China can bide its time, that time won’t be long, not at the rate we’re deconstructing our own civilisation, in the name of fairness.

The ownership of materially useful land throughout the world, the shutting-down of the west’s power generation because of the hysteria surrounding the statement of the obvious term, “Climate Change”, as if it doesn’t change naturally, as if that is somehow ‘bad’, as if it shouldn’t change, or should change as we want it to, or … something…

The militarisation of a distinct layer of Chinese society, and the deployment of same against the democracy activists in Hong Kong, to the point of showing billboard sized images of protestors, and their families, including their children, so that pro-mainland agents can target them for abuse, and worse, shows how far the Chinese state is willing to go, to culturally imprison and forcefully indoctrinate their population.

Chinese ambitions for the west are the same as were set out in the Communist Manifesto by Marx and Engles, and fiercely promoted by Lenin, Stalin, Khrushchev, all the way on until Yeltsin and Gorbachev, namely, to propagandize the west, and pave the way for a globalised Communist State, run from Beijing and Moscow.

To speak of Islam – having gifted social predominance in western Europe to the Muslims, the Communists of The East, can, by their proxies, their “useful idiots” in the EU, use the physical channels of Iraq, Syria, Turkey, as well as the more well known North African and Middle Eastern routes to Europe through the channels helpfully provided by the EU into and across the mediterranean, to expand and continue the cultural and religious dominance of an Islam politically sympathetic to Communism, over the west.

All in all, it’s a grim picture, we’re done, unless we revive something that looks and feels like a vigorous and assertive civilizational Christianity, a more muscular version, as was in the past, without the stupidity, feuds, pogroms and anti-Jewish bias, but with a strong instinct for survival against all odds.

The modernist drive towards the imposition of a collective atheism, pushed through the ‘educational’ systems of the west, plays perfectly into the International Left’s propaganda memes and myths, the awful idea that there can be “From each according to their ability, to each according to their need”, without creating a tiered society, predicated on victimhood and helplessness, has become a terrifying ubiquity.

This kind of society cannot progress, and therefore it dies. The expense alone drains its capacity for growth, the idea drains the population of ambitions, the state provides for their every need even if they don’t work, so they don’t work.

This all benefits “our friends and allies in the east”, materially, and in the long term, with absolute certainty, in terms of direct power. The Chinese lobby in the UN is by far the most powerful, and gets its way more often than not, or just plain lies, and refuses to honour pledges and promises, in order to force its way upon the institution. It works.

So, the Chinese state is expansionary, sort of on the quiet, and is bent on destroying all non-Communist states, from within and without, by the means described and known to us all.

The Cold World War is being fought, weakly by the west, and very strongly indeed by the east, we seem to want to roll-over and give-up, and they definitely want to dominate in every way and facet, every aspect of life as it affect us.

While Antifa pretend they’re “fighting fascists”, Communists have taken over the entire set of structures of political and social power within our societies this is “The long march through the institutions”, demanded by Karl Marx in “The Communist Manifesto”.

The Cold World War is being fought at home more than it is abroad, for very obvious reasons, such as those I’ve just outlined, and we need to refuse to conform to the controlling demands of the ‘politically correct’ mouths of Marxist subterfuge.

We need to assert “Classic Westernism” over the globalist propaganda and racist drivel, stand firm on Judeo-Christian values and morals, and watch them squirm, listen to them squeal and whine, roar and demand, and pay no heed whatsoever, except to correct them when needed. We must win, if we don’t, civilisation itself will fall, and collectivist barbarism will rule. We must not prove Orwell right. 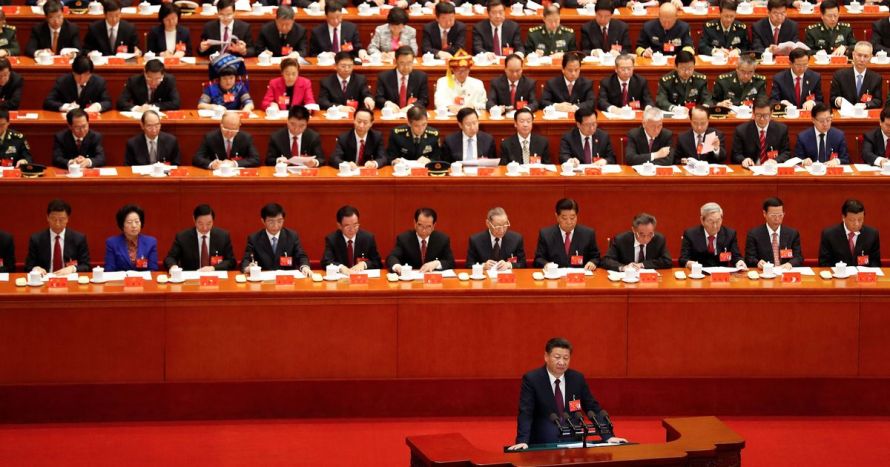