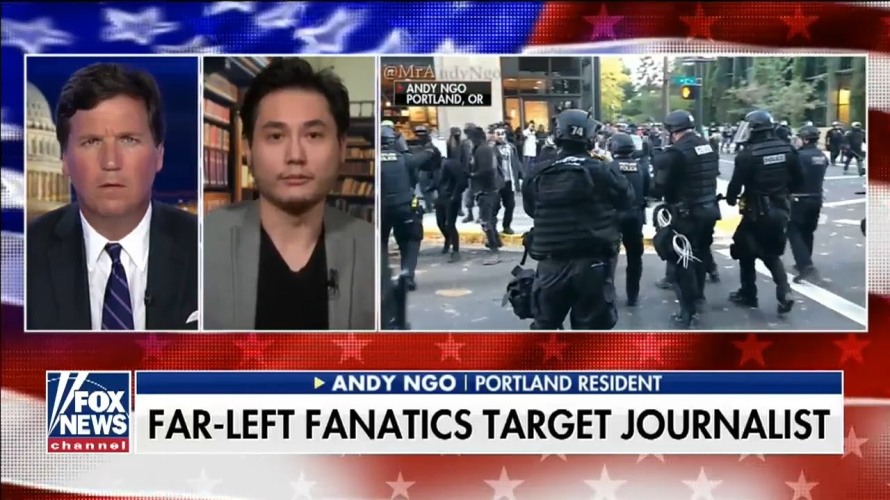 Why do the Left’s Blackshirts not debate, but merely beat people in ways that could be fatal?

It’s easy to beat someone, especially if there’s a masked gang of you with weapons, far easier than beating ideas by debate and discourse.

Those who commit such crimes are the foot soldiers of the Democrat Party and the Left Wing establishment in the U.S., and especially in Portland.

A “sanctuary city” that is only a sanctuary for those bent on political violence to intimidate the electorate, is one that is otherwise lawless. Eventually the inept and inactive “authorities” can’t act, and troops will be required.

If the decline of American Democracy and Liberty continues in this fashion, the resulting Anarcho-Communist states will eventually war with one another for a higher position in their hierarchies of “dispossesed victims of white colonial oppression”, and you’ll start to see where that particular rabbit-hole goes….

This indoctrination that has taken place on Campus over the last 50 years and the acceptance of the delusion, somehow, of the Left as “friendly” and “social” and “for the common people”, has led to the disaffected, though privileged youth of University life, and beyond, becoming hostile to their own state, their own laws, their own traditions….. again, rabbit holes….

Andy Ngo wasn’t the only one attacked that day, others maybe less fortunate than he, may have been hospitalised, I don’t know. The fact that he was beaten so badly that his brain bled and he’s currently feeling a deficit in functionality, shows how those masked cowards who pretend to be anti-fascist, are simply violently disposed to anyone who disagrees with their political masters.

The rule of law in Portland has been violated by the very people sworn to uphold it. When fear of a political appointee, or elected Mayor, stops the police from upholding the law, then they are no longer fit to be police.

The law should stand above all else, even the ruler, or it is not the law but some facsimile of it, different laws for different folks ….. and down the hole we go….

If the vicious and potentially fatal attack on Andy Ngo goes without repercussion against the perpetrators, then the Authorities responsible for law and order, specifically the mayor and police force, will have become material accomplices, not only to public disorder, but multiple violent assaults, planned arson attacks, widespread vandalism, and, in the case of Andy Ngo, attempted murder.