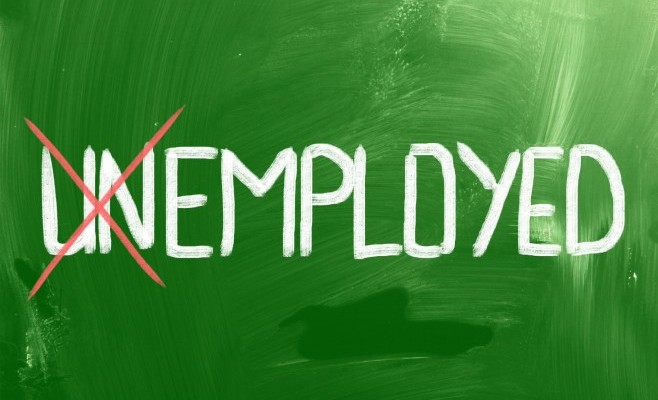 The Economy has been growing so fast that growth during 2017 and 2018 were pushed back to 2016 and before. Seasonal factors and revisions matter.

The Monthly Employment Situation Report, or Jobs Report, is created using two data sets: The Current Employment Statistics (CES) worker data and the Current Population Survey (CPS) Jobs data. The headline value is the seasonally adjusted (SA) CES non-farm payroll (NFP) data. The NFP data is the private sector data and the government sector combined. The “Jobs Streak” data is the SA CES Private Sector data. The ADP data that is released prior to the Jobs Report is the SA Private Payroll data. What should we expected this month for the SA Private Sector Worker Data? Lots.

The ADP Payroll data is expected to grow month to month and year to year for all sectors. The ADP Payroll forecast projected that all sectors would grow month to month and February to February. The month to month (MTM) growth was projected at 0.17% to 0.21% for 231,000 to 269,000 payroll positions added. The Largest growth was expected in Natural Resources(NR) (Mining and Logging,) Construction, Professional Business Services (PBS), Manufacturing and Information Technology (IT.)  The annual growth was projecting annual growth between 1.91% to 2.00% with the most growth in NR, Construction, PBS, Education and Health Services (EHS,) and Leisure and Hospitality (LAH.) This would yield 213,000 to 327,000 workers added. The overlap is between 213,000 and 231,000 with a possible upside of over 300,000 payroll positions. Expect something between 230,000 and 260,000 before revisions. If January is revised higher by 30,000 then the February data is expected between 200,000 and 230,000.

We are seeing growth well over 2.00% annually for the private sector. Last month the growth rate was 2.15%. Normally the February growth rate is higher than the January growth rate. Last year we had a huge spike in February workers. If we see a spike over 2.15% then we are looking at a potential boom comparable to 2012 or 2015.

The Month to month growth should fall between 0.55% and 0.61%. Last February was a record February. It is possible, just not probable, that we will eclipse the 0.62% that we achieved last year.

The Month to month growth is expected to be seen in All Sectors, except Trade, Transportation and Utilities (TTU,) non-seasonally adjusted. The largest growth is expected in Government, Construction, EHS, Mining/Logging (M/L,) and information technology (IT.)

Seasonally adjusted month to month growth could be seen in all but two sectors. IT should drop. Recently we have seen strength in IT, so it could grow slowly or significantly. The Other Services (OS) sector should rise, and yet it may be flat or falter. The largest growth should be in Construction, M/L, Financial Activities, LAH, and EHS.

The NSA February to February Growth is expected to be seen in all sectors except IT. Information Technology is another question mark. It could falter and drop a little. It should show signs of improvement. The biggest gainers February to February should be M/L, Construction, EHS, LAH, and Manufacturing, on a growth percentage basis. All of the discussion so far has been in growth terms, not in worker numbers.

The SA February to February workers data is expected to grow in all sectors except Mining and Logging. The largest percentage growth is expected in Construction, EHS, LAH, Financial Services, and PBS. If we grow between 2.09% and 2.20% and we use the same seasonal factor that was used in the month to month combinations table then we could see 199,000 to 338,0000 private sector workers added. If we just grow at 2.15%, as we did during January, then that number should be 275,000.

The Revisions to the data could borrow 11,000 to 41,000 NFP revisions table indict that if we see 236,000, non-farm payroll, from February. The NFP revisions table indicate that the “headline” NFP number for January could be revised higher by 11,000 to 41,000 workers. This revision would bring the 236,000 number down to between 196,000 and 225,000 workers, probably. It all depends what happens with the government worker data and the private sector revisions.

The seasonal factors for the various sectors are “all over the place.” If the seasonal factors go one way or another across the sectors then there could be a significant swing. Look at the trends. Look at the growth potential. We are up substantially from the 1.78% we recorded last February. The 2.15% growth we saw during  January should be bolstered to an annual rate of 2.20% during February. That would mean a substantially higher month to month growth rate, in fact a record growth rate. A growth rate 0.43% to 0.45% month to month would be better than 2016 and 2017 and could be reported as being worse than either of those two years.

Can we have another Record February for Job Creation?  The CES data, or establishment data, measures workers. The CPS, or household data, measures jobs, the workforce population, and unemployed workers. President Trump has managed to add full-time jobs and cut unemployment. President Trump has added more jobs than workers during his first 24 months in office. Last year we had a stellar February.

You are reading the graph correctly, we have added over 1 million non-seasonally adjusted jobs each of the past three Februaries. February 2017 was President Trump’s first month in office. We saw a similar spike during February 2002, President George W. Bush’s first February was February 2001, and there was a spike during his second February.

Participation Should Jump. If jobs grow by 1.0 to 1.5 million jobs and unemployment falls by 250,000 to 500,000 then the participation rate should jump. There is the question of how much the workforce population will increase. Will it be 0.07%, 0.08% or 0.09% this February? It matters. The Population has been growing faster under Republican Presidents than Democrat Presidents. (See the Five Presidents at 24 months article.)

There are more ways to look at the data. How are men and women doing? What is happening with the number of multiple job workers? What is happening with regard to wages month to month ad February to February? Are we still seeing an elevated level of older workers, over the age of 59? This will all be covered after the data is released this Friday.