Is this the United States or The Third Reich? 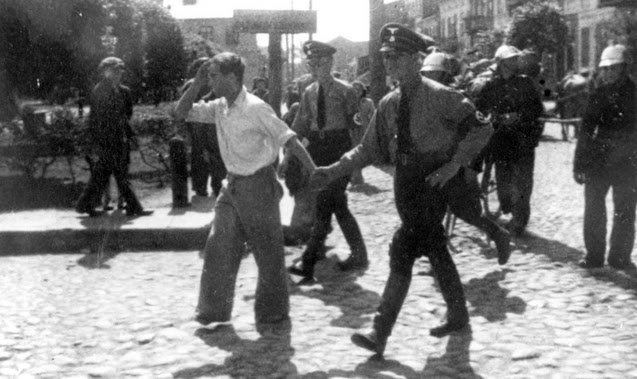 CNN was tipped off by “Special Councel” Robert Mueller’s office that they were going to conduct a predawn raid and arrest of former Trump political opperative Roger Stone at his home this morning.

Armed with cameras, CNN recorded what looked like something out of “Casablanca” as members of the “Justice Department” wearing Kevlar vests and brandishing long guns, surrounded Stone’s home bellowing FBI open your door!”

Roger Stone is a frail 66 year old man. Hardly a threat to a well armed law enforcement agency. Not even Mafia Don John Gotti was treated this brutally when he was taken in.

And what is Mr. Stone’s major “crime?” Doing opposition research on Hillary Clinton for the Trump Campaign.

Keep in mind that the so called “Steel Dossier” which was the basis of the Trump Russian collusion investigation, was actually nothing more than an opposition report containing information that has never been verified which was bought and paid for by the Clinton Campaign and the Democrat Party.

The behavior on the part of the FBI today proves beyond a doubt the existence of “The Swamp” and the Gestapo like tactics they’re prepared to use in their obsession with bringing down Donald Trump.

What took place was wholly unnecessary. It was designed to send a message, “If you challenge the “Established Order” we will come for you.”

Democrats were seen high fiving each other as they watched the footage of Stone’s arrest.

This should send chills down the spines of the American People as it reveals the extent to which the Left will go and the methods they are prepared to use against their enemies.

As Citizens of what was once the last, best, hope, of Freedom on Earth, Americans need to stand up en mass against these Nazi like tactics and demand they be stopped immediately!

Below is a link to footage of the arrest.