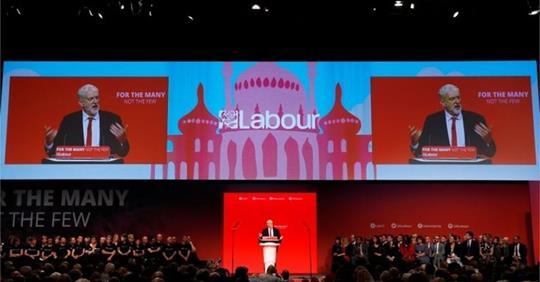 The Deconstruction of Western Civilisation

The reason that someone like Medhi Hasan and not someone like Tommy Robinson, will get the call to go on Question Time or Newsnight, is that the neo-liberal and leftist majority of the political class want to manifest the idea that national identity is a bad thing in and of itself.

The ideology of the Left has been demonstrating its devotion to this anti-national program for the west, for generations now.

Multiculturalism and mass immigration, mean that uniformity is the goal. The EU is run by these people, and they are dismantling national borders to the extent where they are merely demarcation boundaries for tourists, and for lawyers to earn their loot in disputes of administration.

The EU is composed of unelected, and self-selected members, most of whom cannot be sacked.

The power in Europe is centralised in Brussels, in every way. This means that it is an Oligopoly, a Dictatorship with a multitude of heads – a Political Hydra.

The agenda of the Left is the same, in many ways, as it was when it looked to Moscow for example and guidance, validation even.

This is especially true when it comes to the multicultural program for the west, and it is the west exclusively that is suffering from the effects of the program, because it is not being run anywhere else.

The official program’s declared political philosophy is that nation states should be replaced by a huge borderless area, [within which the original inhabitant’s descendants are to be reduced to a powerless minority].

The cities of the West are being filled with people who are encouraged to Not Assimilate to the culture, but to insist upon their own as being better, regardless of whether that is true or not, and it obviously can’t be true in every case.

Multiculturalism does exactly this, under the guise of ‘celebrating diversity’, foreigners with beliefs and cultural norms that are absolutely irreconcilable with western ideas about equality, the rule of law, and with Western culture as a whole, are encouraged to bring their barbarisms and fascistic, politicised religious ideas, wholesale into the country.

Specific people here support this, some knowingly, as in the case of certain Politicians, Pundits, and Lawyers, who all campaign to have a socially entrenched bias that is firmly Anti-Western, Anti-modernity, and that continually makes demands, the tone of which would not be out of place in a note from hostage takers.

We are to be replaced, and the program is well under way. From the setting of the working class in concrete tower blocks miles away from the city centres in the early 1960’s, to the creation of laws that put severe restrictions on demonstrations and freedom of speech, and that seek to gag the press with legislative sleight of hand as well, in the last few years.

The Left-Liberal social engineering project for the west, that started even before the fall of the Berlin wall, is in full swing.

The Conservatives in office right now in Britain, have long ago adopted this neoliberal madness as well, it has made them less predictable and less trustworthy than ever before.

There is among the British public,a sense of betrayal by the political class as a collective, a demonstrably mercenary cabal, with instincts so cold, they even exceed the unavoidable cynicism of our memories of the terrible years under the socialist yoke of the post-WW2 government.

It’s not just that there is now no discernible difference between the big parties, it’s just the illusion of difference, persisting due, in our modern age, to media conditioning.

The political class do subdivide and disagree, quite often fundamentally, but there are a huge number of them whose politics are identical in everything but outward appearance/name, and it is this majority within the whole that decides what policy will be, and who gets better or worse treatment.

This is a political class that cares nothing for the workers, nothing for national sentiment, nothing for cultural tradition, it in fact, doesn’t care about Britain or Britishness, insisting on “the UK” as its preferred nom-de-guerre for the country.

This is the political class that has betrayed the voters, impoverished the nation, swamped our cities with violent migrants, and is intent on continuing, and even increasing this treachery until the West is done.

Orwell was right, it is the International Left that’s the real danger to human liberty, the real threat to security and prosperity, the destroyers of our civilisation, if we let them get away with it.