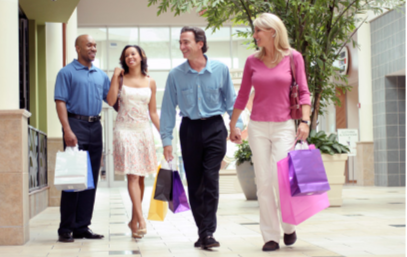 December Retail Report Could Be Huge if….

The December Retail Report could be huge if …  it is Published

The monthly retail report, or MARTS report, has been the highlight of the year outside of the jobs reports. This month there is a question if the report will be released due to the Government Shutdown.

December to December sales may appear weak by comparison. It is possible that General Merchandise, Health and Personal Care (HPC) and Electronics and Appliances (EAS) could go either way, up or down. Food and Drinking Places, as well as Food and Beverage Sales could show strong sales due to holiday parties.Clothing could rise 2-3%, GM could rise 1-4%,. Watch the Furniture and Furnishings numbers and NSR. We have seen rolling year sales over 5% for the past few months. This streak normally lasts two years at a time.

Month to month seasonally adjusted data paints a similar picture. (Build Material and Garden Equipment (BMGE)  and Gas Station Sales (GASS) should drop. That money we are “saving at the pump” will be reflected in sales at the pump. There may be a huge SA month to month jump in SGHBM, GM, NSR, and EAS.

December to December we could see seasonally adjusted declines in Clothing and Health and Personal Care. EAS could rise nicely after years of languishing and fading sales.  The question is will we see strong SA month to month growth? Will the seasonally adjusted RY and CY be over 5%?

We are on track for our first $6 trillion year. You are not hearing this elsewhere. They are looking at the Seasonally Adjusted month top month data and ignoring that the past two months the rolling year data have been over $6T for both the NSA and SA data.

People are changing where they shop. There is a nascent recovery in electronic and appliance sales. If people are shifting their buying habits to buying more electronics or more Books and Music (SGHBM) then there may be a shift away from some other category.

People are changing how they shop. This is nothing new. Non-store retail (NSR)has been soaring. Non-store retail was #3 for sales volume during November. Last year the December data had General Merchandise (GM) at #2, NSR at #3, and Food and Beverage Sales (FBS) at #4.

Shops are changing where we shop. There was a story earlier this year about a new store with high end shoes called “Palessi.” It was a pop-up shop. It was a marketing gimmick just like when IHOP became IHOB. Palessi was Payless trying to promote the idea that you do not have to pay more for quality shoes. IHOB was trying to generate lunch traffic for its burgers. There were a number of articles regarding pop-up shops this pre-Holiday, holiday, and post-holiday sales period:

How do you measure “same store sales” when pop-up shops pup-up like a game of “Whack a Mole?”

Shops are changing how we shop. We are seeing a surge in on-site pick-up for on-line sales. How is this being recorded and reported? Is it being measured? Do we spend more when we order on-line or less? The NSP data does not break down the data as to what is being purchased at “non-Stores.”

We are still spending money on retail.  Visa and Mastercard saw strong sales during the Christmas Holiday Season.  The Commerce Department is projecting that we spent $671 billion dollars during December, a 5.5% increase from last year.

Net-Net this December’s Retail report, if released, will make some people scratch their heads. Not all sectors will see gains year to year, non-seasonally adjusted. Gasoline sales may be down. You will hear prognosticators discussing the “Gasoline Stimulus” left and right. Some of the problem is that various sectors have seasonality, therefore the need for seasonally adjusted data. If the authors of the report were expecting a 40% gain in clothing sales month to month, non-seasonally adjusted, and it only jumped 35% then the seasonal factors might change a huge spike to a very modest gain or even a “loss.”