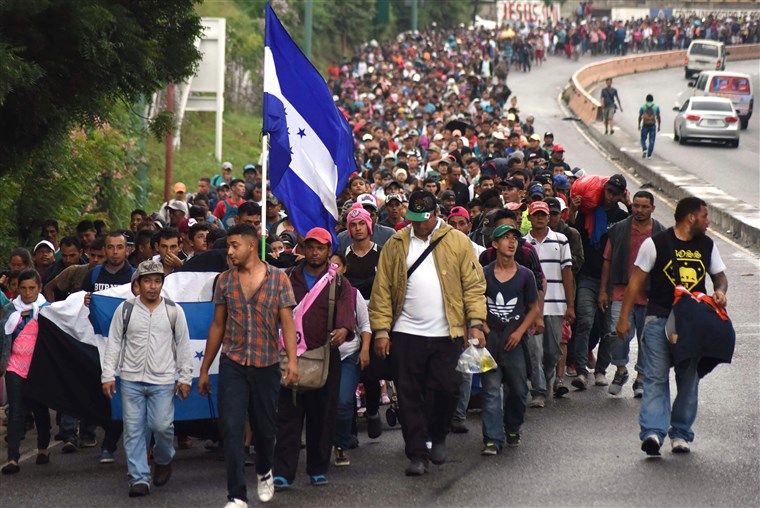 In their response to the President’s address House Speaker Nancy Pelosi and Democrat Minority Leader Charles Schumer made clear it is their Policy that immigrants from other Counties need no longer go through proper channels or legal means to enter the United States.

Specifically Schumer equated those whose intent is to enter the Country illegally with those who came through Ellis Island at the turn of the 20th Century by invoking the inscription on the Statue of Liberty and the Statue itself.

It is tragic that Mothers and Children are fleeing their homes in their native lands, but allowing them in without knowledge of who they are, the condition of their health, and their actual purpose for entering the United States, poses a risk to our own Citizenry.

Further, allowing as many as three million of these people per year to enter our Country, many of whom do not possess the skills to speak and write in our native language puts an additional strain on our already over burdened Educational and Financial resources which will begin from the minute they arrive.

It is incumbent upon our legislators and the President, to put the interest of our Citizens and our Nation, ahead of Foreign Nationals. Failure to do so puts them in violation of their oath to protect the United States from all threats both Foreign and Domestic.

To make this point clear to our Elected Officials, it is critical that we make our support for increased Border Security which by necessity must include a physical barrier in the form of a wall, known to them directly contacting members of Congress.

The phone number is listed below.

I urge everyone to begin calling starting at 8:00 AM tomorrow and to continue to call until the message gets through.