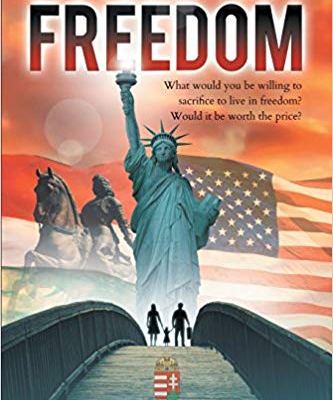 WHY THE PROVISIONAL BALLOT FRAUD SIGNALS THE END OF OUR AMERICAN ELECTORAL SYSTEM, AND BRINGS IN THE DOWNFALL OF “CAMELOT.” 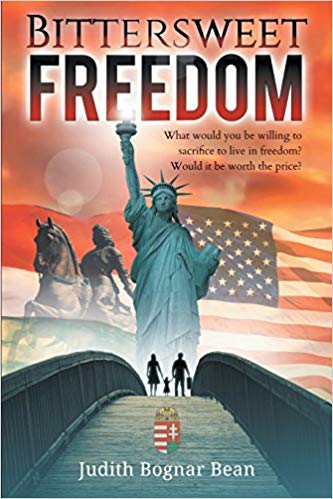 TO ALL MY TORCHLIGHT FRIENDS! Before I delve into the litany of this article written for TORCHLIGHT, I would like to convey a special message to my readers, a reminder as to who I am, and why I chose to write for TORCHLIGHT.

I am the daughter of a 1956 Hungarian Revolution Freedom Fighter. My father took EVIL lives during that infamous moment in time when the Soviet army scourged terror upon the Hungarian people, and where my father took a brave stand against those vicious inhumane Communist monsters, to save Valiant lives from those bent on destroying the heart and soul of a defenseless people.

I have made it my mission to carry on in my father’s footsteps, to be a crusader for the world, to be a champion for the “underdog,” to be an advocate for Freedom around the world, and to open the eyes and ears of people on this planet as to the corruption and atrocities associated with Socialism and Communism.

This is why, THE SOCIALIST-INSPIRED MIDTERM ELECTIONS of this November of 2018, have fueled a deep rage within my soul as I see our electoral system become nothing more than a stomping ground for a depraved Socialist agenda!

When I penned my 532 page True story, BITTERSWEET FREEDOM (the book cover always depicted at the top of my articles), I wrote of the seven-decade saga detailing my family’s struggle to escape from Socialist Tyranny where thousands of people died, and thousands of us (including my family) were forced to flee to other lands from the Red Warmongers seeking to kill all those who did not agree with the Socialist/Communist mindset.

And, so, that is WHY I wrote my memoir, BITTERSWEET FREEDOM, (www.carpathianvalleybooks.com), and why I write for TORCHLIGHT. To keep the FLAME OF FREEDOM ALIVE!

However, with the failed education system in America indoctrinating our youth toward a socialist mindset, we here in America have come to take our Freedom lightly, and, for granted. Our political climate is changing, and not for the better, but for the worse, as the tentacles of Socialism and Communism, and those in the Deep State, are determined to change the American landscape into an image as defiled and corrupt as they, themselves.

America MUST WAKE UP!

I urge you all to stay alert! Pay attention to what your children are learning in school! Do not elect officials who seek to take away your rightful liberties for the “sake of your own self-protection.” If we, as American Citizens do not stop the progression of the Socialistic evil slowly infringing itself upon our nation, we will wake up one morning in wonder and awe, realizing we gave America away without a fight!

America does not have to wait for an outside invader to defeat our way of life. Our way of life is already being defeated from the Inside by corrupt political forces.

Stay vigilant for signs that the freedom you cherish is slowly being chipped away, as is evidenced by these past fraudulent midterm elections, for one day, my dear readers, YOU may be called upon to fight for YOUR AMERICA, to SAVE HER. Would you be willing to sacrifice everything you have to keep your freedom? Everything? As I wrote on the front cover of my memoir: What would you be willing to sacrifice to live in Freedom? Would it be worth the price?

And now I come to the heart of this eye-opening article about the dirty Truth behind PROVISIONAL BALLOTS!

The American public has, at last, become acutely aware that the Democrats are now the party of massive, coordinated ballot fraud, stealing the election in Florida, Arizona, and ten elections in California.

The Democrats have orchestrated this fraud through a system called PROVISIONAL BALLOTS.

As soon as this election was officially over, the Democrats cried out loud and clear to “Begin counting provisional ballots,” which I remind you includes those of illegal aliens. We heard the chant echoing through the Socialist Democratic left, including Gillum screaming, “COUNT EVERY VOTE.” And they DO mean every vote: they even counted votes that are NOT legal – votes coming from dead people, people no longer registered in their state, illegal aliens, felons who are not eligible to vote, and people who voted more than once in one county. This is how Democrats commit their Fraud.

So how do the Democrats “make up invisible votes?” For example, In Florida, dishonest electoral processors sorted through ballots finding those where either the Senate seat or governor’s seat was not selected by the voter because some people skip those and don’t fill them in.

Unscrupulous election officials then filled the blanks with the names of Democratic Candidates, causing thousands of Democrat votes to magically appear. This is why NO REPUBLICAN Provisional ballots are every “found.”

The only good news out of all this bad, is that the Democrat electoral board’s untrustworthy practices have been exposed? So, the question is: How long has this really been going on? The American people no longer trust the Democrats to operate with a sense a fairness and goodwill.

Elections are no longer the mechanism by which the American people can trust to have their vote count.

Why is it that Democrats seem to be the ones in charge of “overseeing” the ballot counts? The Democrats, in a sense, do have control over the ballot box, because people in large cities tend to run along more in the mindset of Democratic party lines, and it is in the cities, and capital cities, where Democrat election officials are more prominent, and this is where all the ballots are pooled; therefore, the Democrats really have control over local elections all over the country, and have been committing massive, felony fraud for who knows how long.

And, to make it worse, they are now doing this, in your face, blatantly, on purpose. Two weeks after the elections there have yet to be any major repercussions to their deceitful crimes. Why are they getting away with this? Where is the true outrage?

In the history of the world, “elections” were achieved through violent wars, coup d’état, and the murders of leaders. As we became “civilized,” elections replaced wars, coup d’états, and the execution of leaders. But the problem today is, by all accounts, our election system is not working anymore because the Democrats refuse to do things the legal way.

So what alternatives do we have, what recourse for us to have fair, “unfrauded” elections?

The answer is quite clear – The alternative obviously is resorting to Wars, Coup d’états, political and military overthrows – and yes, this is where it is all headed – headed toward a Civil War.

The Democrats are incompatible with civil society – they are cheaters, liars, dishonest, deceptive, fraudsters, and professional, scheming con artists. They refuse to play by the rules at every level. They lie to their voters when they run for office, and they lie and cheat to gain votes to place them into office. They have hijacked the will of the American people.

The American people can now be confident that their votes really don’t count anymore, because AMERICAN CITIZEN votes are nullified by the votes of illegals.

Now, comes the clincher – Why are Democrats hell-bent on having Open Borders? Democrats want OPEN BORDERS because they want as many illegals as physically possible to quickly flood into our country in order to help them register to vote, (And we all know the factual stories of illegals being registered to vote in the states of California, Arizona, and Texas. Then those ILLEGAL voters will vote in our elections, and those votes go toward the PROVISIONAL BALLOTS in most cases, and some cases they are accepted as normal votes and skip Provisional status, and then, when the votes between Republicans and Democrats are close, the Dems take to the media stating “we must count every vote,” and what they REALLY mean is to count the illegal PROVISIONAL votes of those who are not citizens, of people who have NO right to vote.

Brenda Snipes mixed in all those provisional ballot ILLEGAL VOTES, stirred them in with all the legal votes on purpose because she knew GILLUM would be grandstanding over all forums of social media that “We must count every vote,” and by counting all the illegal, illicit, non-citizen votes as provisional ballots in which the Democrats have filled in the Blanks spots left by legal voters (filling them in with a democratic candidate), they know they are going to win.

As True, Legal, American Citizens, we have a HUGE battle facing us, because in order to stamp out the deep-rooted hierarchy who cloister daily in secret meetings to plot against America, who sit behind doors frothing with inequity scheming future election fraud for the 2020 elections, we must implore President Trump to issue indictments against those criminal elements, because if this mob of Evil Crime is not contained before the 2020 elections, they will continue to steal not only our elections but in doing so, steal the very foundation out from what makes America, America.

More and more Democrats are seeing this truth, and they are fleeing the grip of the Democratic party all across this great country. The Democratic party of today is an organization that despises all the principals America was founded upon, they have become racist bigots – individuals who push their agenda of hating white people and Christians, and they openly show hate even toward those of color who do not cling to the sick values of the Democratic agenda. They are now seen as the political party interfering in our elections with lies, cheating, and openly registered illegal, noncitizens to vote in our elections.

We must all write President Trump, write our congressperson, write our local officials that we will no longer stand idly by and watch the Socialist Democratic party steal votes away from real American Citizens, that we will be holding them, and election officials to strict accountability during elections, that will have supervisors supervising the supervisors, that ballots will be counted in the open, not behind closed doors, and viewable to the news media at any time. It IS up to YOU, as American CITIZENS, to defend our country from the illegal, epic, and outrageous systematic dismantling of America!!!

If we do NOT speak up now, and we allow the 2020 elections to continue in the same, illegal, morbid fashion as the past midterms, the America you love, the America we want to preserve and keep for our children, will become a Socialist Nation where we will all reap the PAIN of that system, for SOCIALISM is a system that defiles, degrades, disintegrates, and demoralizes a nation and her people.

And if that sad day happens, then one day, our children’s children will sit on our knees, as we tell them a story, a glittering fairytale, of a once mighty nation, a mythical world, ruled and graced by honest men and women, a world where justice and goodness reigned supreme, a world where all people were truly free, a world envied by all other countries, a beautiful shining place that was once blessed above all nations until Evil consumed it.

And we shall tell the children, “Don’t let it be forgotten, that for one, brief, sparkling moment in the eons of time, there was once an unstained, untarnished, shining country – a placed called America, a country offering a happily-ever-after to all willing to work to achieve their dreams. It was a magical place where a person could rise to be whatever they wanted to be IF they believed in the honest promise of America – America was once a golden city on a hill – it was a CAMELOT!”