Doubling down on Stupid 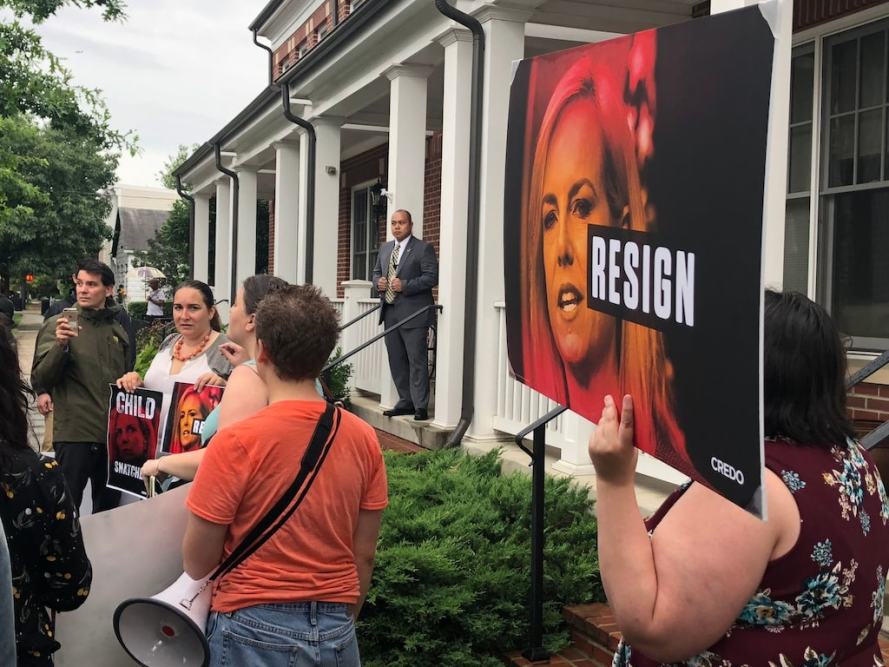 Hillary Clinton labeling Trump supporters as deplorable only served to swell their ranks and made them more determined to go out and vote. Flash forward two years, Democrats, Media Liberals and their supporters believe that going after members of Trump’s cabinet personally and in public is now a winning strategy.

Last week White House Press Secretary Sarah Huckabee Sanders and her party were asked to leave a Virginia dining establishment simply because the owner dislikes her boss. This was on the heels of Secretary of Homeland Security Kristjen Nielsen being hounded out of a Mexican restaurant by protesters of the Administration’s Immigration policy.

That was followed up by yet another group harassing Nielson outside of her home.

Seizing on this flury of activity California Congresswoman and resident nut job Maxine Waters is now encouraging her supporters to give the same treatment to anyone working for the Administration.

Now Liberal commentator Donny Deutsch on MSNBC’s Friday edition of “Morning Joe” stated that Trump Voters “are like Nazis” and that the November primaries shouldn’t be a referendum on the president, but the people who supported him.”

So this is the Democrats grand strategy for taking back the House and Senate. Demonize everyone who supports or works for the President and harrass them at every opportunity no matter where they are. No policy proposals other than repealing the tax cuts and impeaching Trump.

Given the President’s rising poll numbers this behavior by his opposition will no doubt have the same effect as Hillary’s efforts in the 2016 campaign. Let’s just hope no one gets physically hurt along the way.