The NFL And The Tone Deaf Left 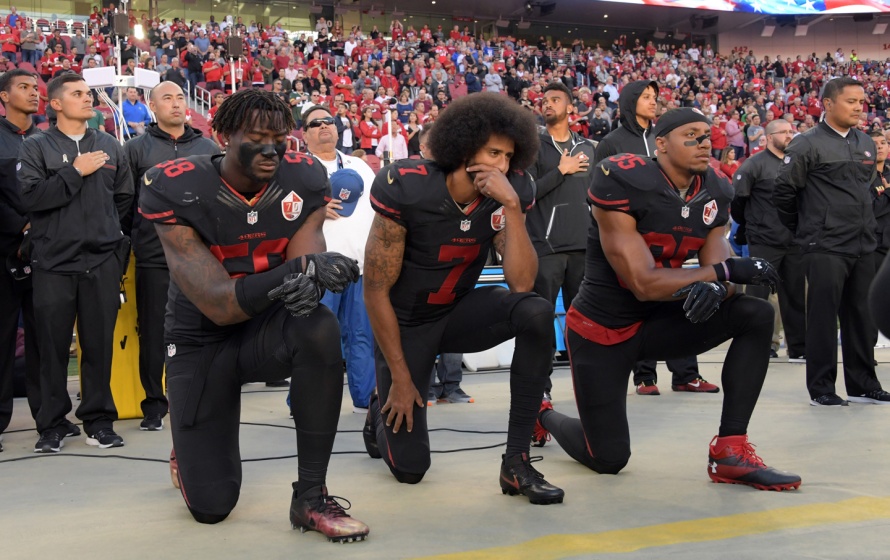 I just watched Amy Walter of the “Cook Political Report” on Meet the Press say with a straight face that “No one was paying any attention to the protests by the NFL players until the President made it an issue for the purpose of further dividing an already divided nation.”

Is she really that ignorant, or just blinded by her obvious disdain for Donald Trump? Message to Ms. Walter, NFL ratings have been “tanking” since Colin Kaepernick started this. The President was actually very late in coming to “the game.” This is not a matter of opinion, ratings began declining sharply in 2016.

The virtually unanimous view of the left leaning Meet the Press panel laying the entire blame for the Owner’s actions banning “taking a knee” during the National Anthem at the feet of the President only serves to underscore how completely out of touch the Media is with the values of the American people. Not to mention Andrea Mitchell’s bemoaning the fact that Kaepernick has been shut out by the owners. Well this may come as a shock to Ms. Mitchell and her contemporaries, but Professional Football is a commercial enterprise not a Public Service! If there are no “assets” in the seats and and no one’s tuning in, it’s over. Why would any team want to hire someone synonymous with a movement that has succeeded in alienating their “bread and butter?”

This mentality further demonstrates how and why the media completely missed the ascendancy of a political Neophyte in the person of Donald Trump to the highest office in the land and why they will be proven wrong once again in their “fait accompli” prediction of a “Blue Wave” take over of the House of Representatives this November.

In the words of Esme’ Patterson, “Wantin ain’t gettin.”