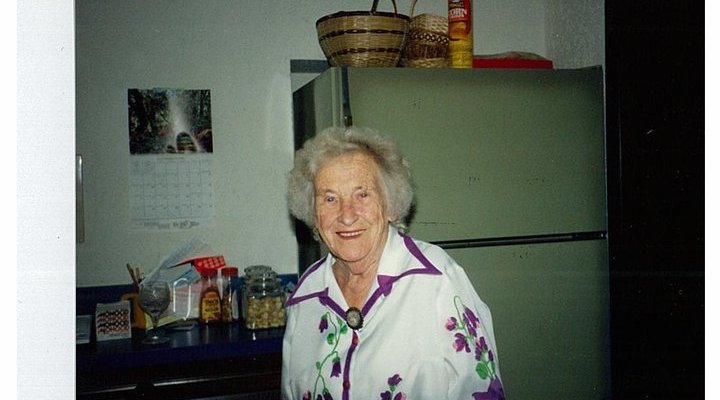 In Dubious Honor of Karl Marx’ Birthday…or…Escaping Tsarist Russia Before the Bogeyman Cometh:Freedom

The new camp was outside of Munich in the American Sector. It was known as DP Camp Schleissheim. Life returned to “normal”. As time passed, everyone was interviewed in order to determine their re-homing potential.

America was the easiest destination. As long as you could reasonably show that you weren’t a German soldier or collaborator, you went into the system and prayed that no one could denounce you.

Australia was a potential destination. However, the government desired “professional” whole family units. As a result my Grandmother had a long line of potential suitors having been recently widowed. She happily collected the stockings, chocolates, tobacco and other assorted gifts from the potentials and she and her Brother-in-law sold the goods on the black market.

Coming to America entailed finding a sponsor, in lieu of a relative, someone who would front the cost of passage (transport) to the Red Cross and provide a binding affidavit of Employment in order to repay the cost of transit. Once you were accepted you could travel to America, have a job long enough to repay your passage, and hopefully find your bearings as well as your feet. My Grandmother and mom were accepted as a cook and a housemaid respectively for a household in Tennessee. My Uncle wound up in Maine, along with his mother.

In due course, Grandmother and mom boarded a ship bound for New Orleans. It was a long and nasty trip as both suffered from violent sea-sickness. I remember in my childhood we made a trip to Vermont and took the Lake Champlain ferry…my mom was a delightful shade of green for the duration of the cruise on a beautifully bright and sunny day. I shudder to think of a two week cruise on the open ocean.

They arrived in New Orleans and recieved their travel instructions for Tennessee. They also recieved $20 each for miscellaneous expenses. Wandering around after a long voyage, their noses homed in on a bakery. It smelled divine!

They went in and were summarily fleeced to the tune of $5 for the local equivalent of a loaf of Wonder bread…in 1947. They ate it, but weren’t sure what they actually ate…it was so fluffy and cottony, devoid of the satisfying crust they were used to. Basically blah!

Tennessee was essentially a disaster! My mom didnt know one end of a fitted sheet from the other. She had never seen a vacuum cleaner. My Grandmother could barely boil water, my Grandfather had done the cooking previously. They and the sponsoring family suffered through the indenturement period and were finally released from their obligation.

My mom had in the meantime kept in contact with the Red Cross and had been able to apply to a college (Bryn Mawr), and recieve a study grant (as a German literature and language major). My Grandmother had found employment in a Nursing Home in Bronx, NY. It turned out to be demeaning (basically emptying bedpans and urinals), but it gave her a chance to improve her English and study for the Medical Licensing Exam in New York.

On the way to the college, mom needed to stay a night at a rooming house in Taconic, Connecticut where they were processing scholarships, one of which was hers. She was nearly to the top of the stairs when her cardboard suitcase gave way, releasing all of her “unmentionables” in a cascade down the center tube of the staircase directly onto the head of a young man coming up the stairs behind her. He would later become my Dad.

After hearing the stories I came to understand why my parents and nearly all of their friends who originated from Europe in the same timeframe would refuse to ever vote for a Democrat. These folks all lost their homes and their homelands to Uncle Joe Stalin at the blithe hand wave of Archie Bunker’s Franklin Delanoooe Rooooosevelt. Not only did they lose their homes, but their remaining families as well to the subsequent Cold War. Many of them were arrested in the Soviet Union for simply having relatives in the west. Some even were interred and died in the Gulags. My dad’s brother being one of the fortunate few survived Siberia but was no longer able to play the Violin due to severe frostbite to his fingers.