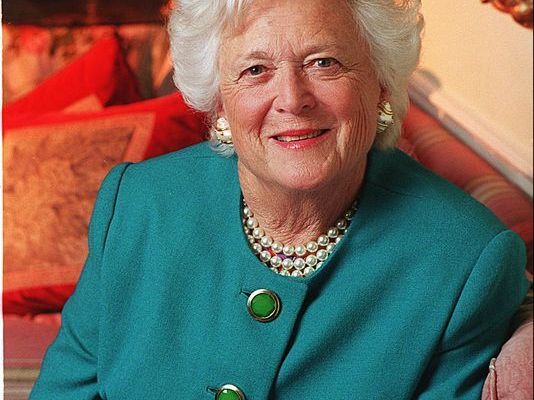 It is with great sadness that we mark the passing of First Lady Barbara Bush. She was one of two women in American history to be both the wife of a President as well the mother of one. Abagail Adams being the other.

However Mrs. Bush who’s maiden name was Pierce could also be considered a true American “Blue Blood” as she was also related to the Franklin Pierce the 14th President of the United States as well as a famous American Poet.

“Her ancestor Thomas Pierce Jr., an early New England colonist, was also an ancestor of Franklin Pierce, the 14th president of the United States. She was a fourth cousin, four times removed, of Franklin Pierce and Henry Wadsworth Longfellow.”